From the Top of the Cash Pile to the Depths of the Earth: Iceberg Houses 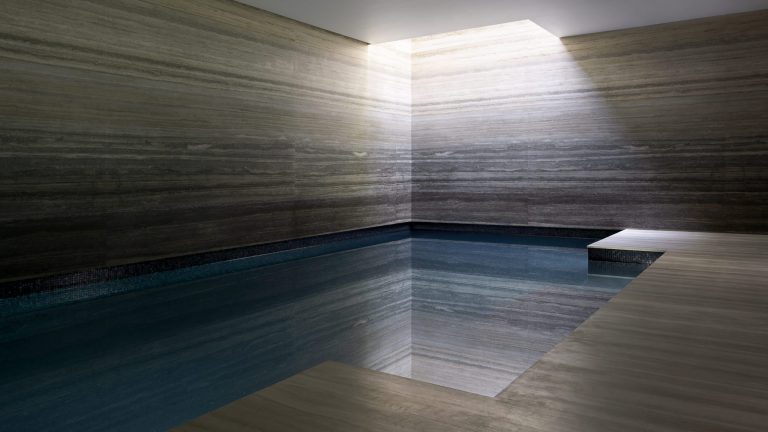 Proving there’s more to some houses than meets the eye, London’s upper crust are digging deep below ground.

It’s not a new phenomenon, but it is one that’s seemingly gaining traction and becoming something of a trend: Taking old, stately homes and deciding that four or six or 10 bedrooms above ground isn’t enough and, because they cannot build up or out, homeowners are building homes below ground, sometimes several stories deep into the earth.

Such constructions are called “iceberg homes,” given their conceptual similarity to icebergs, where there’s so much more under the water than appears above. These aren’t just simple additions, where walls are knocked down to make rooms bigger or some dirt removed to expand a living room. We’re talking entire Olympic-sized swimming pools, athletic courts, car museums, second kitchens, even elevators.

The most notorious case involves Christoph Stanger, a managing director at Goldman Sachs for the bank’s German and Austrian group. The 46-year-old financier purchased a 160-year-old house in Palace Gardens Terrace, a four-story estate, in 2010 and began excavation work 18 months later.

That’s the same time that the foundation in his house began cracking and when one of his neighbours became trapped in her home behind doors that wouldn’t open because her home was knocked off its foundation.

One neighbour said the digging went on for months. “It’s caused the house to subside,” she said. “The basement flat in my block has got cracks everywhere.” Another neighbour, a retiree, “had to call the contractors out six times in the past three weeks to open our own front door. One lady who lives in my block was struck in her flat because she couldn’t get the door open from the inside. I had to come and barge it loose.”

At the time, Stanger apologized for the inconveniences and damage, saying “I feel bad about the disruption and if there is any real damage it will be dealt with and they will be compensated.

I have no interest in fighting with my neighbours. I want to live there and be a part of the community. I understand it can be disruptive when your neighbours are having building work done.” Disruptive is certainly one word for it. But let’s not dwell solely on the negative here. Let’s take a closer, deeper look at the engineering and architectural work required to build an iceberg home.

According to Robert Wilson, director of Granit Architects, in *Business Insider *, some property owners have requested rifle ranges, runways, art galleries, massive wine cellars, movie theatres, pretty much any amenity you’d expect to see in an audacious Hollywood mansion, but it’s all underground.

The heir to a bubble bath empire (such a thing exists?!) had plans approved to tear down a £15 million country home and install “a Turkish bath, a 65-foot swimming pool, a wine cellar and a banquet hall for 80 people.”

These landowners feel they have no choice but to build down. London’s more exclusive and pricey neighbourhoods have no space left to build out and properties are already in the multi-million-pound range, plus space in general is at a stomach-clenching premium. If you’ve got the means and you’ve got the dreams, the only way to go is down.

And, as noted by the ultra-swanky Billionaire.com, “Creating a series of airy rooms underground not only adds substantially to a lifestyle, it also makes sound financial sense. In central London, a basement conversion costs approximately £1,000 per square foot to build but can add value of around £2,000 per square foot.”

“People add space, simply because they want it and can afford to do it,” Caspar Harvard-Walls of Black Brick, a real estate agency in London, told the magazine. But, of course, there are efforts to preserve historic homes and the integrity of older neighbourhoods.

Queen’s Brian May has organized a campaign to limit the efforts of “basement building bastards” from wrecking perfectly good homes, for example.

The construction of iceberg homes is a trend that’s catching on, at least Down Under. No, really – there’s been a strong uptick in iceberg homes, and plans to create them, submitted in Melbourne , Victoria and other cities, prompting one councillor to fret that “there’s no controls about how low you can go.”

If it were possible, you could easily see this trend stretching to New York City or San Francisco, notoriously land-strapped enclaves with insane housing prices and glorious old homes.